What Changed in software tesing in the last 25 years ?

In 1979 Glenford J. Myers initially introduced the separation of debugging from testing, the goal was to separate fundamental development activities such as debugging from verification, Then the concept of testing as Design, Planning,  construction, maintenance, and execution of tests and test environments was introduced by 1988  William Hetzel, and one of his famous quotes

“We can follow the evolution of software test engineering by examining changes in the test processing model and level of professionalism over the years. The current definition of a good software testing practice involves a preventive methodology.”

Software testing has changed a lot over the years and here are some highlights for changes over the last 25 years, in the late ’90s New test methodologies appeared like agile testing, and exploratory testing and in this time the testing was done manually using writing test cases and test plans, In the early 2000s new concepts and techniques were introduced to the software industry, the test-based session was introduced by  Jonathan Bach, and it’s a software test method that aims to combine accountability and exploratory testing to provide rapid defect discovery, creative on-the-fly test design, management control, and metrics reporting. The method can also be used in conjunction with scenario testing.

In 2002 Test Driven Development was coined by Kent Beck, Test-driven is the concept of writing the tests before writing the code, One of the most important events that happened in this era and had a great impact in the software industry is the foundation of ISTQB, The International Software Testing Qualifications Board, the International Software Testing Qualifications Board (ISTQB) is a software testing certification board that operates internationally. In 2008 software testing as a service was introduced, The term Software Testing as a Service (STaaS) is coined by Leo van der Aalst,  it is a model of software testing used to test an application as a service provided to customers across the Internet.

If we look at the history of software testing from another perspective, we can find that after the manual testing and with the increase of doing repetitive tasks automation testing starts to appear and it changed software testing a lot, automation helped teams to perform their testing faster with more accuracy. Over the years business needs have changed a lot the concept of Continuous Integration and Continuous Deployment became popular, which made the delivery cycles shorter so the need for continuous testing has started.

Also because of the increase in could computing services the could testing started to appear, could testing is a type of software testing in which the software application is tested using cloud computing services, Currently, there are many trends towards Artificial intelligence which means the ability of the machine to imitate human behaviour, so new trends of software testing are arising around this field, to test the predictive models of AI

Software testing changes a lot according to the need for software development, It’s great to keep updated with these trends in the market, attending conferences and events, reading different tech articles will help you. 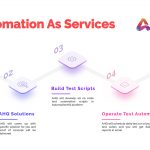 The future of agile testing: Predictions and trends for the coming years

How Software Testing is More of an Art than Science

How to test without requirments?